Hi everyone, so, this crossed my path this week and I was stunned. I live in Germany btw, and have done for over 20 years now. I have never heard of the Schwebebahn aka The Flying Train. Schweben means “to hang”, “hover” or “levitate” so a direct translation of this would be The Hanging Train. What brought my attention to this was a revamped film from 1902 of the so-called Schwebebahn that was in a photography article. The original film from 1902 has been colourized and upscaled by NeuralLove, who specialize in revamping old films. Watching this video is absolutely surreal. In the article which I have linked below, you can also watch the original video. It is still mind-blowing when you consider that this video was filmed in 1902.

We know that technology is way more advanced in this reality. “New” quote-unquote Technology has appeared that has dumbfounded many mandected, like for example the first mobile phone in 1922, and pay-tv in 1953 (I may put together a video on these at some point). There are 2 main points to this video, or to this ME – first, the train itself and second, the quality of film from 1902. Even the article says “It’s surprisingly clear because it was shot on proprietary 68mm film by the American motion picture company Biograph”

Now, Wuppertal is a relatively non-descript town in Germany. It’s not unknown but it isn’t exactly what you first think of when someone says Germany. I mean, why Wuppertal? This is so random. I would expect to see something like this in Berlin… or Bonn… or Köln… Frankfurt… Munich…but… Wuppertal? And ONLY in Wuppertal? So this train has been around – it is still running btw – for 120 years. So, why did this never catch on in other cities? There isn’t really much more to be said about this – just watch the film and keep in mind that this is from 1902.

The History of The Schwebebahn

The Wuppertal Suspension Railway in Germany, the oldest electric elevated railway with hanging cars, first opened in 1901, but before it opened, the Wuppertal area had looked at a similar system. In 1824 British Civil Engineer Henry Robinson Palmer proposed a low single-rail suspension railway with carriages pulled by horses. Friedrich Harkort, a local steel mill owner, loved the idea. A short section was built to demonstrate the idea and he worked to get investment. Local Government officials met to discuss the use of “Palmer’s Railway” for the region, however, plans for building the system failed because of objections from various parties, including mill owners who weren’t going to be included. But the idea didn’t entirely disappear, especially with railway building fever that was sweeping the world in the late 19th century. In 1887 the cities of Elberfeld and Barmen formed a commission for the construction of an elevated railway. By 1894 they’d chosen a design by Eugen (Ügen) Langen, who’d originally designed the system to sell to the city of Berlin, and two years later the system was approved for construction. The elevated system was chosen because of the unique route that needed to be traversed. Several sections of the route would follow the river, and so having a system that could go over both roads and river was important. The projected route would link the towns of Vohwinkel, Elberfeld and Barmen, with many stops along the way. The elevated station construction began first in 1897, followed by construction of the track the following year. The cars were suspended from a single rail built underneath a supporting steel frame. The cars hung on wheels which are driven by multiple electric motors operating at 750 volts DC, fed from a live rail below the running rail. Like many regular railway systems, they used a system of signals to hold cars or allow them to progress. The supporting frame and tracks are made out of 486 pillars and bridgework sections, and the whole endeavour used almost 20,000 metric tonnes of steel. The structural system was so unique at the time it was patented. At each end of the line a servicing depot, including a loop of track, allowed the trains to be turned around. By 1900 the construction crew was ready to test a section out. After ensuring it was safe to run, they held a big event in October where German Emperor Wilhelm the 2nd rode in the specially inaugurated Kaiserwagen. Although not all the stations would be completed until 1903, enough were built that the railway could be officially opened in 1901. All told it had cost 16 million marks, about 93 million pounds today. It opened in sections: the line from Kluse to Zoo/Stadion opened in March, the line to the western terminus at Vohwinkel opened in May, while the line to the eastern terminus at Oberbarmen did not open for another 2 years.

But with the entire line opened, passengers could travel the 8.3 miles distance of the entire track in about 30 minutes. The railway continued to be used for the rest of the 20th Century, except for during the Second world War when it was heavily damaged. However, it was reopened just one year after the end of the war in 1946. With the Althoff circus coming to town in the 1950s, to drum up business one of their elephants rode the elevated railway. Although it was coaxed onto the train, once it was underway the elephant got more and more nervous with the unfamiliar noises and vibrations. It started thrashing around and eventually broke through a carriage and fell the 9 metres into the Wupper river. Thankfully it sustained only minor injuries and lived for another 39 years. The circus director and train director were quite rightly fined for thinking up such a stupid idea. In 1997 work began to modernise the supporting frame. Many stations were reconstructed and brought up to date. Kluse station was completely destroyed during the war and was reconstructed at this time. The work was planned to be completed by 2001, however, a serious accident took place in 1999 which left five people dead and 47 injured. This, along with delivery problems, delayed completion. However, despite this modernisation work, the railway suspended operations in 2009 due to concern over the safety of several of the existing support structures. After this work was completed, it had to shut again in 2012 to carry out further updates. The antiquated train fleet was replaced in 2011 with new disabled access carriages. Instead of scrapping the historic carriages, they were offered to the public so long as they remained in the city of Wuppertal.

The Wuppertal Suspension Railway remains popular, carrying approximately 82,000 passengers every day and it travels up to 37 mph. Kaiser Wilhelm the 2nd’s original car, the Kaiserwagen is still operated on scheduled excursion services, special occasions and for chartered events

The original article that got my attention:
https://petapixel.com/2020/08/22/colorized-1902-footage-of-a-flying-train-ride-through-a-german-town/ 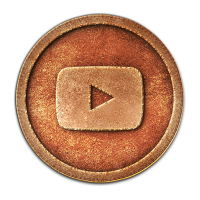